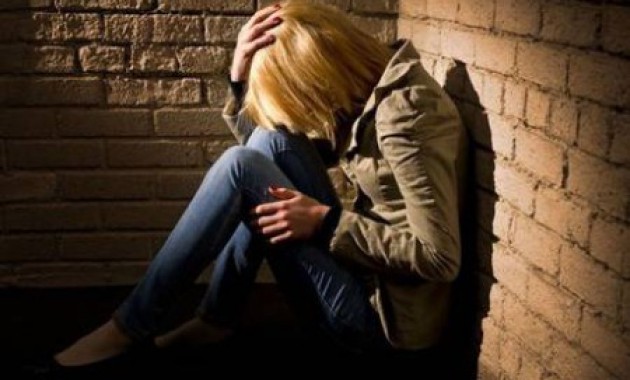 Daniel Greenfield, a Shillman Journalism Fellow at the Freedom Center, is a New York writer focusing on radical Islam. He is completing a book on the international challenges America faces in the 21st century.

We’re still only seeing the tip of the iceberg in the horrifying crimes committed by Muslim settlers against the children of the UK.

Prof Jay wrote: “No one knows the true scale of child sexual exploitation in Rotherham over the years. Our conservative estimate is that approximately 1,400 children were sexually exploited over the full inquiry period, from 1997 to 2013.

What we do know is that the authorities were complicit in it.

For at least 16-years gangs of mainly Asian (Muslim) men were able to target, groom and abuse girls as young as 11, with little to fear from the authorities.

Victims were gang raped, while others were groomed and trafficked across northern England.

“It is hard to describe the appalling nature of the abuse that child victims suffered. They were raped by multiple perpetrators, trafficked to other towns and cities in the north of England, abducted, beaten, and intimidated.”

The child victim had been repeatedly raped before she found the courage to report her story to the police. She had tried to escape, but the perpetrators had broken her brother’s legs and smashed the windows of her parent’s home as a warning.

When she finally visited the police station, she received a text from her main abuser who made it perfectly clear what would happen to her 11-year-old sister if she spoke out. “Your choice,” he wrote repeatedly – and the girl refused to give a statement.

The problem began at the top with the same culture of Muslim abuse and Western denial as we see with terrorism.

Jahangir Akhtar, the former deputy leader of the council, is accused in the report of naivety and potentially “ignoring a politically inconvenient truth” by insisting there was not a deep-rooted problem of Pakistani-heritage perpetrators targeting young white girls. Police told the inquiry that some influential Pakistani councillors in Rotherham acted as barriers to communication on grooming issues.

In Rotherham the “majority” of known perpetrators were of Pakistani heritage, the report says, which led to police and council workers “tiptoeing” around the problem.

Some staff at the council were nervous about identifying the ethnic origins of the attackers for fear of being called racists. Others said they had clear direction from their managers not to do so.

A man pulled the hair of a 13-year old and called her a “white bitch” when she tried to reject his attempt to strip her.

The police did their part… for the Muslim rapists.

The report heard of two cases where fathers tracked down their daughters and tried to remove them from houses where they were being abused only to be arrested themselves when police were called.

The Muslim takeover of the taxi trade put taxes off limits.

In one incident a taxi driver accosted a 13-year-old girl. She refused to do what he asked and reported the incident to her parents who managed to identify the driver and follow him.

They contacted the police and gave them his details, however officers did not attend until later and no action was taken.

It later emerged that the driver had been arrested the previous week for a similar incident in Bradford.

Such was the fear of using taxis in Rotherham that when questioned a group of young people from the town said they avoided using them if possible.

And the cover ups persisted.

The case – from 2001 and detailed in today’s independent report – was the last straw for the Home Office researcher who had persuaded the young victim to go to the police. She wrote to the chief constable of South Yorkshire police and at a subsequent meeting with a senior officer and council staff was firmly told never to do such a thing again. When she handed in her research data to the Home Office, the council suspended her erroneously, and then sidelined her so that her part of a report on prostitution was never completed.