The Roman Ghosts of York 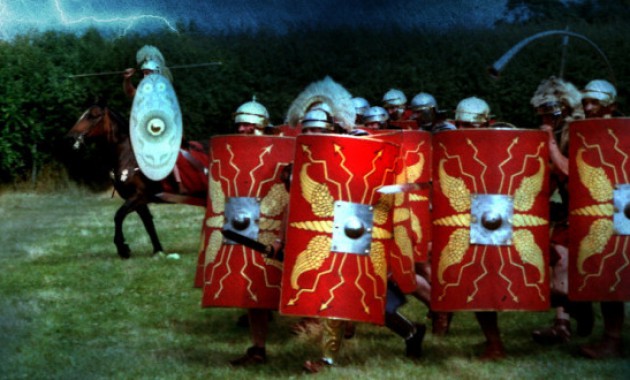 When 18-year-old Harry Martingale heard the strange noise, it sounded almost like a horn in the distance.

Probably someone outside, he thought. The apprentice plumber shrugged and returned to work on the new central heating system, tucked away in the old cellar of the Treasurer’s House in York, Northern England.

In the Middle Ages, the Treasurer’s House served as the home of the treasurers of the York Minster cathedral. It later fell under several private owners, until winding up in the hands of the National Trust in 1930.

By 1953, when Harry Martingale found himself in the house’s cellar, it had become an historical landmark, said to be one of the most haunted places in all of Europe.

Harry fixed his ladder in place and began to chisel at the ceiling, where he needed to create a hole for the new heating pipe. But again the horn sounded, a small trumpet echoing in his ears, somehow closer than before.

He stopped with a sigh. He was sure the house was empty, except for perhaps another worker or two upstairs, and the cellar was small enough he could see every corner of the room. Nothing, no one.

Until a ghostly man emerged from the wall.

As one man materialized, another followed. And another, and another. One of them rode a horse, another carried a small trumpet, each of them clad in strange and old attire.

Harry Martingale toppled his ladder and fell to the ground as dozens of men passed through the wall. They looked tired and battle-worn, eyes fixed ahead. Not one seemed to notice Harry as he sat dumbfounded in the corner of the cellar, the heating system a distant memory in his spinning mind.

It was then Harry noticed another peculiar detail: He couldn’t see anything below their knees.

They were walking through the floor.

They marched onward, the ghostly mirage of a defeated battalion on their way to some infinite darkness, passing through the other wall. In tunics and plumed helmets, carrying rounded shields, swords, and spears, tugging at their horses to continue forward. And just like that, they were gone.

Martingale fled up the stairs in terror. Not many believed him, but it later became clear what he saw: The ghostly manifestation of Roman soldiers traveling the old road beneath the house!

This is an older story I’d posted here on Stranger Dimensions a long time ago, and for whatever reason I removed it. So I reworked it a bit and thought I’d repost.

For an oral retelling of this strange legend, and a few others, check out this video of David Holt taken from within the Treasurer’s House cellar, right where this ghost sighting allegedly happened: