Why isn’t the tomb of Alexander the Great in Amphipolis 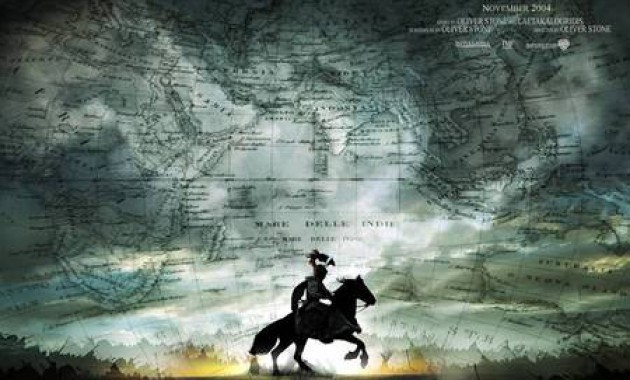 What does history need if myths are more attractive and credible? Historians and archaeologists are trying in vain to counter historical sources and centuries of knowledge about the events that followed the death of Alexander the Great in 323 BC in Babylon until his funeral, which is not mentioned anywhere, and it is not possible that it happened in Amphipolis. From Northern Greece to Crete, and outside the country, thanks to the Internet, people say that Alexander the Great was buried in the tomb in Amphipolis, which started to be excavated 2 years ago. Why? Well, in such a tomb only a great king was to be buried, this is the answer.

Even the cool message from the Ministry of Culture did not clarify things. “The discovery in Amphipolis is in any case essential, but before the continuation of excavations, no interpretation or further identification with historical figures can be based on scientific evidence, since it would be risky.” In turn, head of the department responsible for ancient monuments, Catherine Peristeri, who has also been excavating the mound, might not have ever mentioned the name of Alexander the Great publicly (last year, some information leaked that this is the tomb of Alexander Roksani and Alexander the Fourth), but she has never refuted the rumour either. On the other hand, the city authorities are doing everything possible in order to disseminate the information for reasons that have nothing to do with archaeology and history.

The tomb in Casta in Amphipolis has a wall with a superior construction, which reaches a height of 3 metres and consists of foundations, supporting columns, a top part and decorations of white marble from Thassos. It dates back to the 4th century BC. In the following periods, it was destroyed and many architectural elements disappeared, some of which were discovered during excavations in the area where the famous Lion of Amphipolis is located. According to one of the versions, it was located on top of the mound. It should be noted that the mound of Amphipolis is not a new discovery; the first excavations were in the 1960s.

The main question is as to what may be contained in the mound. However, it cannot receive a direct answer because of the long-term excavations, which will consequently require a large budget. In any case, serious archaeologists and experts on the history of ancient Macedonia claim that the monument is really important, but it has no relation to Alexander the Great.

According to ancient sources two years after Alexander’s death, a period during which he was embalmed, but at the same time when a golden chariot was being built for the transferal of his body, the march from Babylon at the sanctuary of Ammon began, according to his wish. The chariot was followed and guarded by military guards and soldiers who opened the way. According to Diodorus Siculus, on the border between Syria and Egypt, the procession was met by Ptolemy, who “stole” the body and transferred it to Alexandria, wanting thereby to strengthen his position and establish an independent kingdom, since if Perdicus had the ring of Alexander, he had Alexander himself. According to Kourtios, his body was not brought directly to Alexandria, but first to Memphis while a glamorous temple was being built where Alexander could be buried. This was a magnificent mausoleum, which was known in Alexandria as “The body” or “The sign”.

A lot of famous people have visited it, including Julius Caesar in 45 BC, according to Suetonius and Lucian (it is said that he broke off a piece of his nose). Augustus laid a wreath on his head following his victory over Mark Antony and Cleopatra in 31 BC and the conquest of Alexandria in 30 BC. It is said that when he was asked to be taken to the tombs of the Ptolemaic dynasty, he replied that he had come to see a king, and not dead people. Shortly before that, Cleopatra took a large amount of gold from the grave in order to use it for the purposes of the war against Rome. And even earlier, another Ptolemy, called Parisaktos or Kokis (107-68 BC) replaced the gold coffin with a glass one.

There are many other reports on the tomb of Alexander the Great in Alexandria, but they appeared suddenly at the end of the 4th century AD, when during the attack of Christians, led by Patriarch Theophilus Serapionat, the Museum and the Library of Alexandria were destroyed and the Mausoleum disappeared. A little later John Chrysostom would pronounce ironically the famous phase “tell me where is The Sign of Alexander?”

Since then the tomb of Alexander the Great has been looked for in the most likely and the most amazing places: from the oasis of Sioua in Egypt to Venice, in the church of San Marco and in Uzbekistan, as well as in Australia. Why not then in Amphipolis, maybe some will wonder, though it is also possible that the mound may just be empty.